Much has been said about the Beatles on the occasion of the 50th anniversary of the lads appearing on Ed Sullivan and far be it from me to hold back from contributing my share. The Beatles were a big part of my childhood and growing up.

Sioux City, Iowa, 1964
I either didn't watch or don't remember the Beatles turn on the Sullivan show. It wasn't a show that my family watched so there's a good chance I didn't even see it. But boy oh boy did they affect me!

My best friend Barbie and I were nine years old and and in the grips of Beatlemania big time. We

spent hours in her rec room listening to the Beatles on her blonde wood cabinet record player. Barbie had all the albums from the Fab Four. With peppy numbers like "Love Me Do" or the soulful "Yesterday" playing in the background, we pretended we were the Beatles' girl friends (well it WAS the 60s). Which particular Beatle depended on our mood. Barbie usually chose John and I opted for Paul, unable to resist his terminal cuteness.

In July of the next year, my mother took all of us kids to see the Beatle movie Help and professed to have liked it as much or more than us kids.  I switched my allegiance briefly to Ringo after seeing this movie.

Creston, Iowa, 1967
My family moved and the Beatles took a back seat to the terrors of junior high. But I still loved the lads dearly. For my 12th birthday 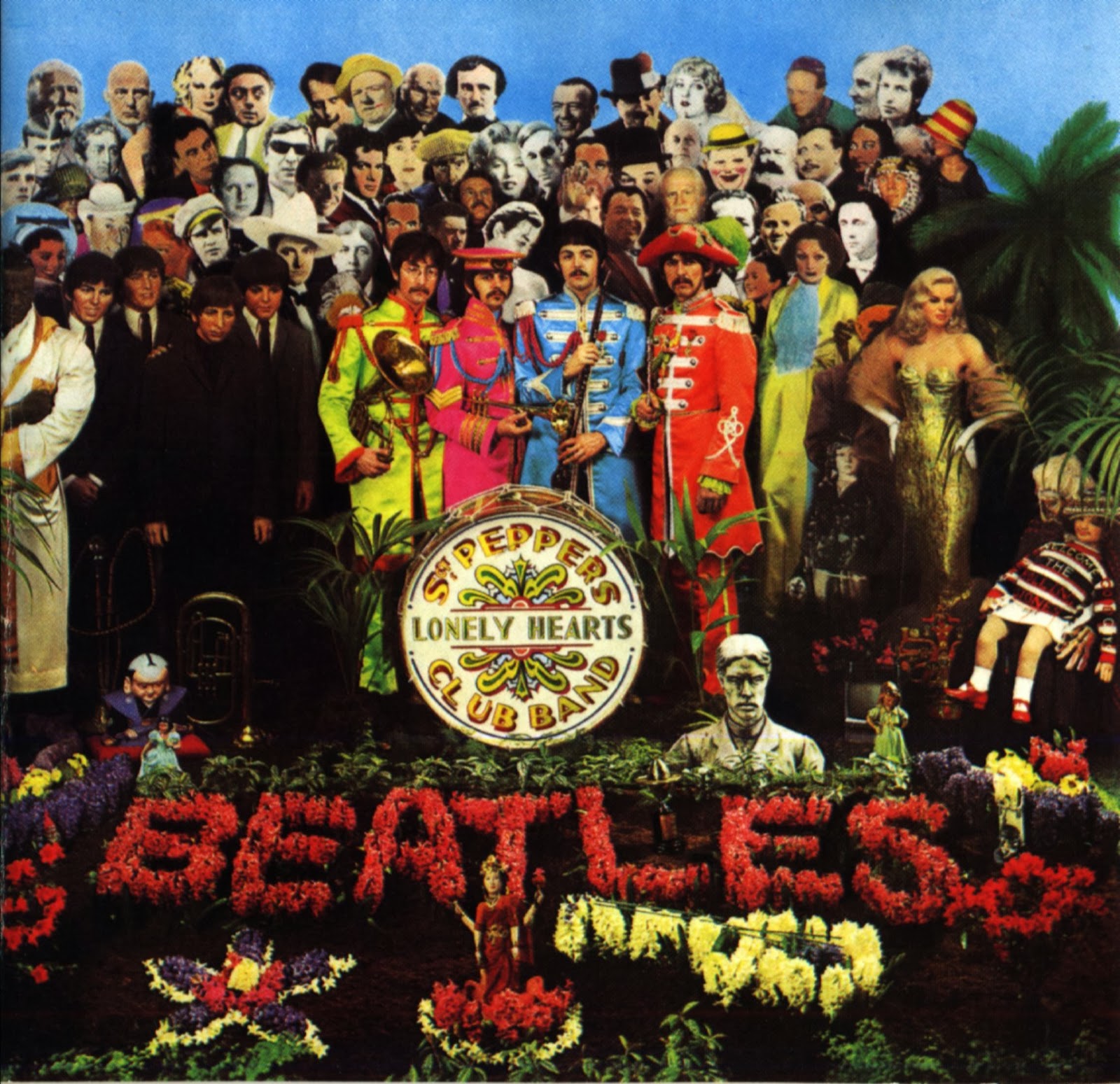 the only thing I wanted was their new album Sgt. Pepper's Lonely Hearts Club Band which I then played constantly. To this day I know all the lyrics and songs in order. My favorite -- a tossup between Being for the Benefit of Mr. Kite and When I'm 64 (Paul was still my favorite).

Artists like Judy Collins made an impression on me and I liked the raunchiness of the Rolling Stones that my twin brother adored, but no one ever took place at the Beatles. In 1969, right before they broke up, I purchased Abbey Road. Although I didn't spend hours 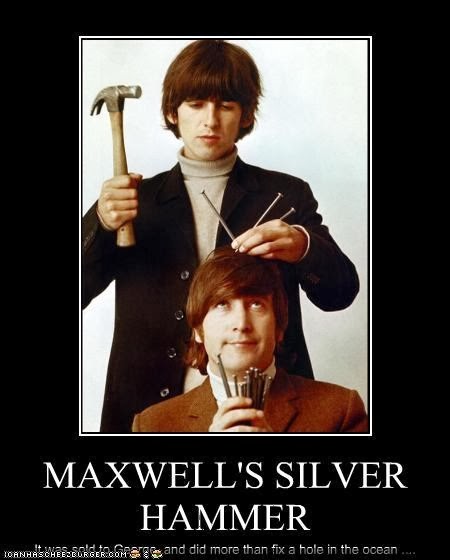 trying to figure out Paul was really dead, I loved the great songs on the album like Maxwell's Silver Hammer and Here Comes the Sun. The Lennon/McCartney song machine had never been so strong and I couldn't for the life of me figure out why they broke up. Something about Yoko Ono maybe?

Las Vegas, Nevada, 2007
In Las Vegas for a tradeshow, Ron accompanied me and we saw The Beatles Love by Cirque du Soleil. I was totally blown away by the beautiful music and the feast for the eyes that Cirque du Soleil concocted. 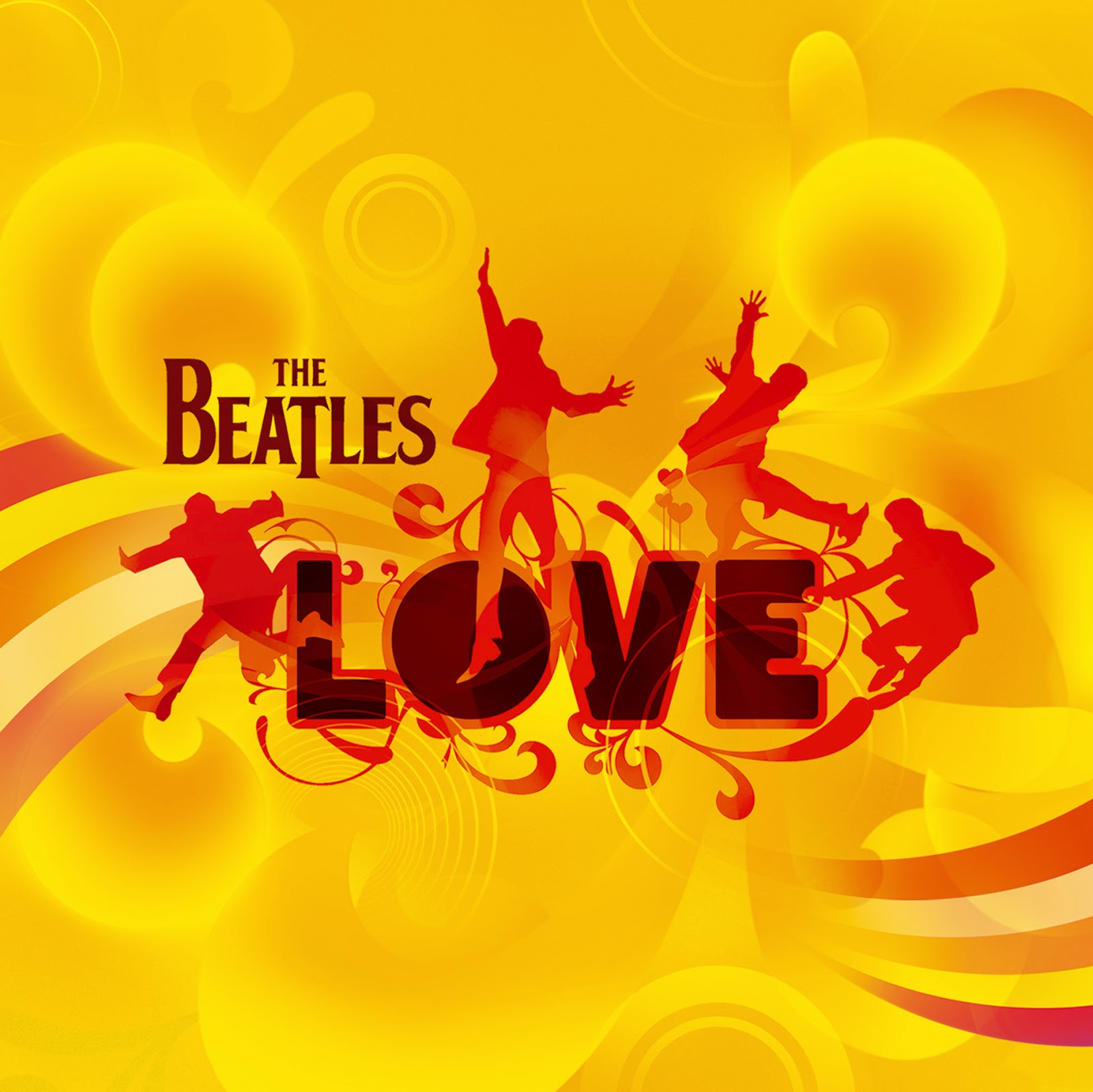 I'm not much for gambling and was distinctly lukewarm on the whole idea of going to Las Vegas but this show was worth the trip.

Springfield Illinois, 2007
Chelsea and I went to see Across the Universe, Julie Taymer's movie featuring Beatles songs sung by the stars. I enjoyed hearing familiar songs reinterpreted. Only someone like Bono could sing "Cuckoo ca chu"  from I Am the Walrus and still look cool.

There are only two Beatles left and they're getting pretty old. As I watch Ringo sing and dance to I Get By with a Little Help from my Friends on TV, I realized the guy must be at least 70. Paul still was shaking his mop top and I wondered if it's real. But there's no sense trying to relive the past. Memories edit out the bad stuff, leaving
only happiness. And that's the way it should be. And after all, it was 50 years ago.
Posted by Melinda at 2:28 PM No comments: