The significance of album covers

Growing up as a child of strict Presbyterian parents, my knowledge of "the birds and bees" was limited to the doubtful information shared by girls at slumber parties. I didn't have an immediate need to know, since I didn't have any dates until I got to college, but I was curious, nonetheless. 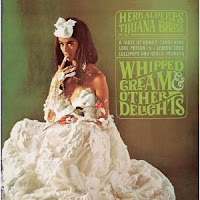 The culture didn't help matters. With the 1965 album, Whipped Cream & Other Delights by Herb Alpert & The Tijuana Brass, sex begin to permeate the music scene. Like every other household of the time,  we had this provocative album in our record collection. I remember surreptitiously gazing at the cover, fascinated by its artificiality. The girl was obviously sitting on a mound of cotton and just had the whipped cream on the top half of her body.  It escaped my 10-year-old observation that she was naked. 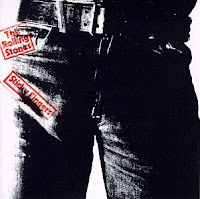 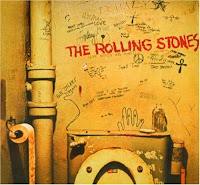 Later albums, purchased by my twin brother and upsetting my mother endlessly, were more overt. The Rolling Stones were the worst (or best depending on your perspective). Some Girls showed the band members as women; Beggars' Banquet featured some really interesting graffiti; and Sticky Fingers had a working zipper in Mick Jagger's jeans.

Albums could cost as much as $4 and they required real commitment to a group, plus lots of babysitting money. As a result, I usually purchased 45s at Place's dimestore downtown for about 50 cents. 45s had their limitations though and I tired quickly of the two songs they contained (the "hit" and generally unlistenable "B" side).

Rock groups, and therefore album covers, were also heavily drug oriented, a connection which also eluded me until I was middle aged (are you getting the idea I was kind of clueless?). All I asked for as a Christmas gift in 1967 was the album by my idols, The Beatles, Sgt. Pepper's Lonely Hearts Club Band which I played endlessly.  The fact that the band members were all under the influence of whatever drug was popular then (LSD I think) was lost on me.  I thought the songs were inspired (and I still do).

Posted by Melinda at 1:02 PM No comments:

Tulip surprise and other delights

Once in a while, just to keep your spirits up, God gives you a surprise.

About five years ago, maybe more, when I could still get around the yard, I put in some tulip bulbs. I'm not much of a gardener, but the sight of the tulips pushing their way into the sun every spring was so pleasing that I usually went to the trouble of purchasing bulbs and planting them in the fall. After I quit planting the bulbs, tulip leaves but no flowers came up, making our front yard look kind of funny.

But this spring as I was getting the paper one morning, I noticed that a lone tulip had sprouted and last week, quite surprisingly, it burst into bloom. 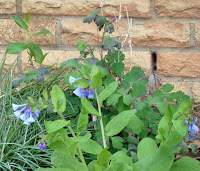 The same goes for the bluebells. Several years ago, I bought some at the spring wildflower sale at Lincoln Memorial Gardens and planted them in the front yard. To my delight, they have flourished, certainly not due to any care from me. I secretly coveted the neighbor's bluebells for years and now I have three healthy flowers right outside my door.

There is nothing compared to unpredictability of nature to give one hope. The dirty brown goldfinches on our feeder are transformed into lovely canary-yellow birds in the spring. These birds do nothing to earn their brilliant color.  If God is so gracious to these insignificant warblers, what is in store for me?

Posted by Melinda at 7:47 PM No comments:

Why I love central Illinois

Each winter when the days are short and the surfaces icy, I wonder why I live here.  Then spring comes, and I remember how lovely central Illinois can be. 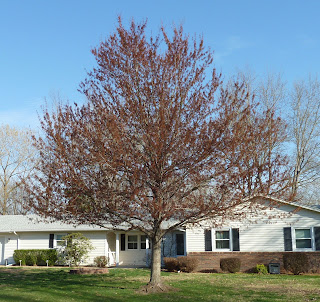 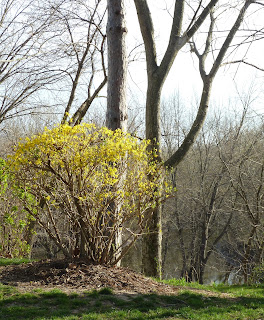 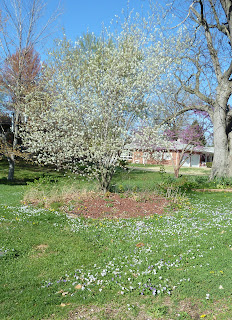 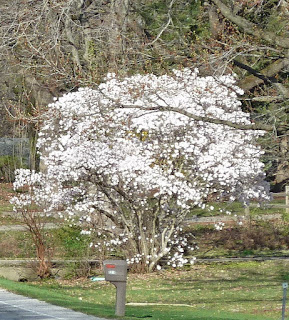 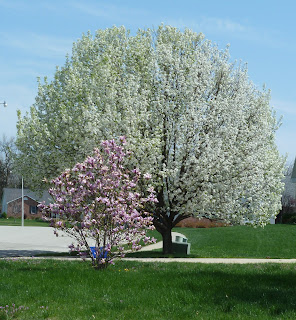 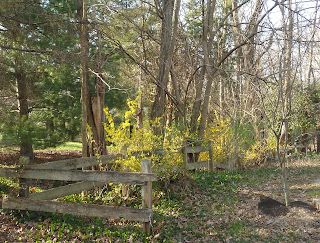 The Joy of Podcasts, Seduction and Elizabeth Taylor

Podcasts have come into my life and I love them! Hundreds of these gems are available for free via the iTunes store -- with the click of my finger, I can listen to laugh-out-loud humor on The Onion, fascinating stories on Radio Lab, possibly the wittiest guy on the radio, Peter Sagal of “Wait, Wait Don’t Tell Me,” or the comforting and challenging Joyce Meyer.

Within the past month, I discovered something new: podcasts by Christian apologist Ravi Zacharias -- Just Thinking and Let My People Think. Apologetics, defending the Christian faith with reason and logic, seemed to require too much work for me to understand in the past. But somehow Zacharias makes apologetics not only understandable but achievable by a regular person like me.
The other day Zacharias’ podcast featured a panel of apologists who were answering questions from the audience. A questioner asked the panel to identify the biggest challenge

to Christianity in the western culture. I'm not sure who gave the answer that so caught my attention, but it helped me understand why the reality of persecution is hard to understand. The apologist said that the problem in Western culture is not persecution, but seduction. Well, that explains a lot. Seduction permeates Western culture, delivered unceasingly by the mass media (web, television, movies, you name it) and reinforced by an ethic that places possessions, looks, and self-sufficiency as the ultimate goals in life.
The seductions of sex, materialism, egotism, isolationism, and pride are ubiquitous.  “I wanna be seduced” sings Leon Redbone. Seduction is fun, who wouldn’t agree? And in the US, we are free to succumb to whatever seduction we choose.
But seduction does have a creepy side. Elizabeth Taylor died last week. As I was listening to one of countless tributes to her career, I realized that she bought  into a seduction trap -- the “the myth of romantic love" as dubbed by one of my therapists.
It’s an easy lie to believe. Once through the initial "romantic" stage of any relationship, just abandon it and go on to someone who does give you that thrill. If you stay attractive long enough and marry, rather than just sleep with the guy (so tacky, don’t you know), you might manage to get hitched 8 times.
Far be it from me to malign Old Violet Eyes. I’m sure she has gone to her reward.  But really, aren’t there a lot better ways to spend your time than hopping from man to man?
Posted by Melinda at 10:13 PM No comments: