When I was nine, I was so impressed by the book, Julie's Secret Sloth, that I
remember it to this day almost 50 years later. The book was charming and the idea of a young girl hiding a sloth from her parents was enticing. It helped nurture my desire to write.

Fast-forward 25 years. I am living in Springfield, Illinois and working on my master's degree in English at the local college. I take an English class from Prof. Jackie Jackson, a
wonderful writer and all-round nice person. Turns out that Julie's Secret Sloth was her first book, written in 1953, two years before I was born.

I end up abandoning the master's degree but continue to have ambitions to write. In 2008, I self-publish Water and Fire, a historical fiction novel set in the Dana-Thomas House and climaxing with the Springfield race riots, which are commemorating their 100th anniversary that year. A woman in my book group knows Jackie Jackson and arranges for the three of us to have lunch. Jackie remembers me and offers to review the book in a local newspaper for which she writes poetry. She gives me several collections of her poetry (one shown at left). Her poems are delightful and her positive review of my book warms my soul. 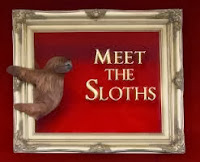 Present day. My daughter discovers sloths via a TV show called Meet the Sloths.  She thinks they are cute (they are). I request Julie's Secret Sloth from the library and it is as good as I remember. Isn't it great how things work their way around?

Thank you Jackie Jackson for bringing sloths into my life and making my world a better place.
Posted by Melinda at 8:37 PM No comments:

Oscar reminds me of this poem.

My Shadow
By Robert Louis Stevenson 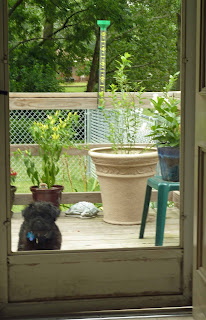 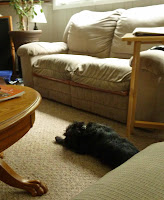 And what can be the use of him is more than I can see.
He is very, very like me from the heels up to the head;
And I see him jump before me, when I jump into my bed.


The funniest thing about him is the way he likes to grow—
Not at all like proper children, which is always very slow;
For he sometimes shoots up taller like an india-rubber ball,
And he sometimes gets so little that there's none of him at all.


He hasn't got a notion of how children ought to play,

And can only make a fool of me in every sort of way.
He stays so close beside me, he's a coward you can see;
I'd think shame to stick to nursie as that shadow sticks to me! 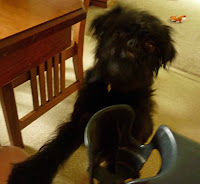 One morning, very early, before the sun was up,
I rose and found the shining dew on every buttercup;
But my lazy little shadow, like an arrant sleepy-head,
Had stayed at home behind me and was fast asleep in bed. 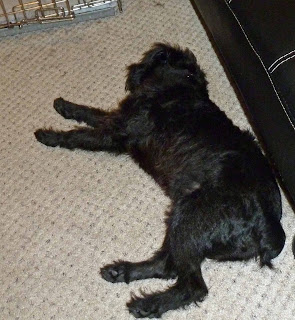 Ha, ha, ha, you make me laugh, to think you want my autograph

According to Wikipedia, autograph books were used to collect the autographs of others. Traditionally they were exchanged among friends, colleagues, and classmates to fill with poems, drawings, personal messages, small pieces of verse, and other mementos.

My first autograph book had a brown cover bearing the inscription "Autographs" and was filled with blank pastel pages of various colors. When I was in fifth grade in Sioux City, Iowa, all the girls had autograph books and we

spent time at recess and after school passing them around. Most of us were inspired by a wonderful book called Yours Till Niagara Falls: A Book of Autograph Verses. Available through the school's Tab book program, this little gem was packed with autograph verses-- short poems that succinctly (and often hilariously) summed up thoughts about the person, yourself or the world in general.

Since I have a severely limited capacity to memorize poetry, autograph verses seemed inspired. I scoured Yours Till Niagara Falls, looking for the best verses.  Here are a few:


You love yourself
You think you're grand
You go to the movies and hold your hand
You put your arm around your waist
And when you get fresh
You slap your face!

Grandma has a habit
Of chewing in her sleep
She chews on Grandpa's whiskers
And thinks it's shredded wheat.

There was a girl from Havana
Who slipped on a peel of banana
She wanted to swear
But her mother was there
So she whistled The Star-Spangled Banner.

I defy you to say those aren't funny!

When our family moved to Creston, Iowa, that summer, I started a new autograph book and got kids in my class to sign it. Here are some pages from it: 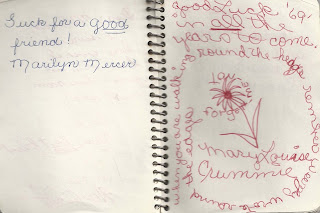 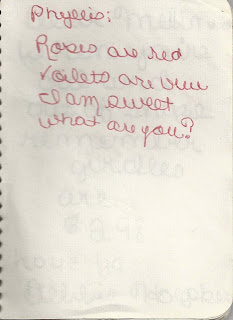 Autograph books seem to have gone out of style now, with the advent of Twitter and Facebook. There doesn't seem to be a demand among teenage girls for this admittedly low-tech device. But I'm glad that we use them back in the 60s.

Posted by Melinda at 9:57 PM No comments:

Welcome to the wheelchair brigade 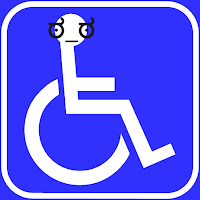 There is woman in a wheelchair in the group that I have coffee with every week and when we both come into the shop at the same time I feel like a member of the wheelchair brigade.

There are some excellent benefits associated with being in this elite group including:

Sadly, there are a few downsides including:

Thank heavens for the Americans with Disabilities Act! Signed into law in 1990, this landmark law 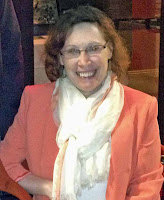 prohibits discrimination and guarantees that people with disabilities have the same opportunities as everyone else.  Among other things, the ADA made it possible for people like me who use a power chair to go pretty much anywhere in the US knowing that the public buildings, stores and public transportation will be accessible. I really don't know what disabled people did before the passage of the ADA.  It has revolutionized the world for people like me.
Posted by Melinda at 10:12 PM No comments:

The joys and trials of dog ownership

Last Saturday, Ron and I drove to St. Louis to check out a a dog we saw on the Humane Society of Missouri website. We  called ahead and the receptionist said that Saturday was their busiest day so we got up early and were there shortly after 10 a.m. when they opened.

The Humane Society of Missouri is huge!  We went to the St. Louis headquarters, but there are also centers in Chesterfield Valley and Maryland Heights. In addition, the Society's  Longmeadow Rescue Ranch houses horses, cows, goats, chickens, potbellied pigs and other farm animals that have been abused or neglected.


We got to see the dog we were interested in, a black Affenpinscher, right away. An Affenpinscher
named Banana Joe won Best in Show at the Westminster Kennel Club Dog Show this year, beginning an unprecedented demand for the rare breed, and it was surprising to see one turn up in a shelter, especially a dog that appeared to be purebred. When the attendant brought him into the get-acquainted room, the one-year-old came right over to Ron and me and sniffed our hands. We took that as a good sign.


In some ways, he resembled the Brussels Griffon we had when the girls were growing up. Named Hercules, the Brussels was a wonderful, if stubborn, little dog. Over the years, we got so attached to him that we included him in our family pictures. 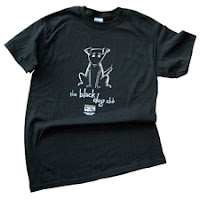 Even though we saw a couple of other dogs -- a frightened Lhasa Apso from a puppy mill and a laid-back Pomeranian/Pekinese mix, we decided in the end that the Affenpinscher was the right dog for us. He had been brought in as a stray and seemed to have an even temper and good disposition. He sneezed in my face like Hercules used to do. He was perfect. I was smitten.

While we waited for the new dog to clear the shelter's veterinary hurdles, Ron picked up his free Black Dog Club T-shirt. We had unknowingly joined an elite group-- apparently it is difficult to get black dogs adopted, maybe because they tend to look like mounds of black fur in pictures. So we got a free t-shirt AND an adorable black dog.

After paying the adoption fee, and purchasing heartworm pills, flea protection, and doggie health insurance, we left, trailing our newest family addition, Oscar. We chose that name because I thought he looked like an Oscar and Ron thought he looked like Oscar the Grouch from Sesame Street. All the way home to Springfield, he slept on our laps.

I love having a dog, but the getting-used-to period has not been without peril.  Yesterday I attempted to take Oscar on a walk and my wheelchair got so tangled in the leash that Ron's dad and sister had to dismantle it to get the leash out. Lesson learned, the hard way!

Having a dog made me realize that I am more disabled than I thought. There are many things I can't do for him.  One thing I can do -- love him. And I do!

Posted by Melinda at 3:21 PM No comments: